Posted on July 2, 2014 by brucelarochelle 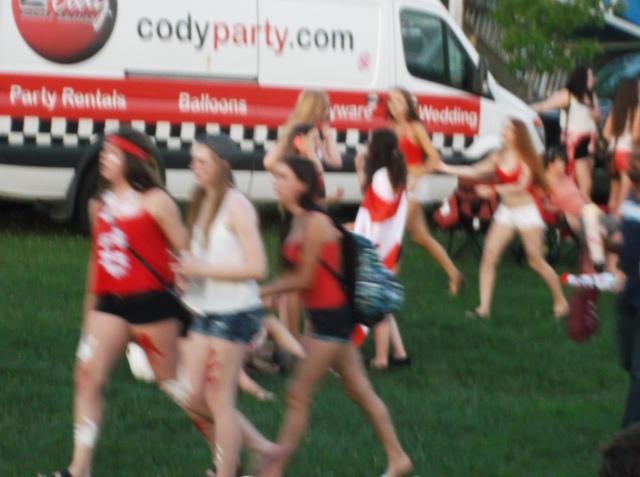 Average age maybe 14. At suburban Canada Day celebration. All “dressed up for each other”, as Van Morrison said. The boys were dressed in age-appropriate attire, but largely irrelevant. Girls not particularly interested in them, in any event. Show the midriff, show the bra straps and back, or simply show.

Began to appreciate intense concerns about body image and peer acceptance in teenage years. The sense of not being in the ranking, and hence not showing up.

And they didn’t show up. It was all thin and slink.

Was with my older daughter, now 30. Grateful that this was not the norm to aspire to during her high school–or, for that matter, middle school–years.

Parents of the girls nowhere in evidence. Girls were there to impress each other, with a fashion norm that put them far ahead of their years.

http://www.lmslawyers.com/bruce-la-rochelle
View all posts by brucelarochelle →
This entry was posted in Canada Day, Ottawa Reflections. Bookmark the permalink.